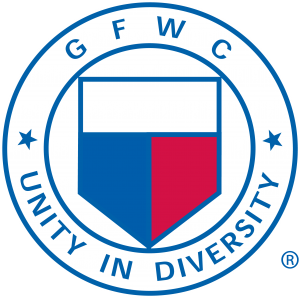 Founded in 1890 the General Federation of Women’s Clubs (GFWC) is an international women’s organization dedicated to community improvement by enhancing the lives of others through volunteer service. With nearly 100,000 members in affiliated clubs in every state and more than a dozen countries, GFWC members work in their own communities to support the arts, preserve natural resources, advance education, promote healthy lifestyles, encourage civic involvement, and work toward world peace and understanding. Located in Washington, D.C., GFWC Headquarters was named a National Historic Landmark in 1991, and houses the GFWC Women’s History and Resource Center. The GFWC Women’s History and Resource Center collects, preserves, interprets, and promotes the history of GFWC and women volunteers. The WHRC documents the social and political contributions of GFWC clubwomen from 1890 to the present through the GFWC archives, related special collections, and publications. GFWC members are community leaders who work locally to create global change, with its members raising an average of $40 million through more than 100,000 projects and volunteering eight million hours annually. Visit us online at www.gfwc.org.

GFWC traces its roots back to Jane Cunningham Croly, an accomplished New York newspaperwoman, who wrote under the pen name of Jennie June. Indignant that she and other women were denied admittance to a banquet honoring Charles Dickens in 1868 at the all-male New York Press Club simply because they were women, she determined to organize a club for women only. The name chosen for the club was Sorosis, a Greek word meaning an aggregation; a sweet flavor of many fruits. Although the founders originally supposed they were starting a new movement, they became aware over the years of the existence of other women’s clubs that had formed independently to meet the needs of women in the expanding country.

As Sorosis approached its 21st year, Mrs. Croly proposed a conference in New York that brought together delegates from 61 women’s clubs. On the last day of the conference, the women took action to form a permanent organization. A committee to draft a constitution and plan of organization to be ratified the following year was chosen, with Sorosis President Ella Dietz Clymer as chairman. The constitution was adopted in 1890, and the General Federation of Women’s Clubs was born. It was chartered in 1901 by the U.S. Congress.
Ella Dietz Clymer gained a particular place of honor in Federation history as the author of the GFWC motto, Unity in Diversity. Speaking to the delegates at the first conference, she said, We look for unity, but unity in diversity. We hope that you will enrich us by your varied experiences… The aptness of the motto is evident in the diverse interests of GFWC members, who have implemented a broad range of programs and projects tailored to meet the needs of their communities. It set the tone for the flexibility that has allowed GFWC to grow and adapt to the changing and diverse lifestyles and concerns of women throughout a century of volunteer work. 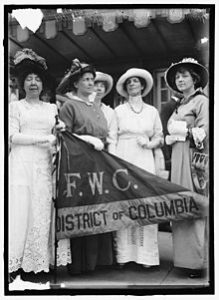 At first, women’s clubs joined the General Federation directly, but they later came into membership through state federations that had begun forming in 1892. GFWC also counts international clubs among its members. Although women’s clubs were founded primarily as a means of self-education and development for women, gradually the emphasis of most local clubs changed to one of community service and improvement. GFWC programmatic areas of activity include the arts, conservation, education, home life, international affairs, and public affairs, as well as various special projects. The Federation also has a distinguished record of legislative activity on issues of historical importance, beginning with the establishment of a national model for juvenile courts and service in the forefront of the conservation movement resulting in the establishment of the first Forest Reserve in 1899. GFWC turned the tide for passage of the Pure Food and Drugs Act, and supported legislation for the eight-hour workday and the first child labor law. In addition, as early as 1944, GFWC endorsed a resolution supporting equal rights and responsibilities for women.

The Women’s History and Resource Center (WHRC), established in 1984, consists of the General Federation of Women’s Clubs Archives and Library. The archives contains hundreds of linear feet of GFWCs records dating from 1890 to the present. State federation and local club histories supplement the archival holdings, as do international clubs materials. The WHRC Library is a special collection devoted to women’s history with an emphasis on women in volunteerism. The WHRC provides access to materials for research by GFWC members and staff, students, scholars and the public.

The small banding together of existing clubs that began in 1890 has grown into the largest organization for women volunteers in the world. GFWC now numbers nearly 100,000 strong with members in affiliated clubs in every state, the District of Columbia, and more than a dozen countries.

Please visit their website for more in depth information at www.gfwc.org.